Youth sports seem to get such a bad rap these days. All of the articles describe parents yelling and children over scheduled. They report how bad specializing in one sport is for young minds and bodies, which we know. Politics have taken over they say–but that’s only if you partake.

I think back over  the last twenty years that my kids have been playing youth sports and it’s really not changed that much. Every teammate has always had a contribution, whether it’s his natural athleticism, his undying work ethic or even his sense of humor on the bench. My three sons have all seemed to reap similar benefits simply by participating in a team sport . Commitment, hard work, failure, and humble success are the obvious. It’s so much more than that though. 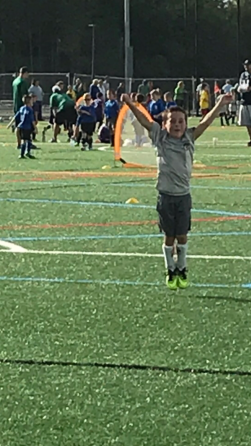 I recall an essay my oldest son wrote in college. He told the story of his high school lacrosse team. He said they were disorganized and unreliable, many wouldn’t show up to practice so they certainly couldn’t win a game. Their group became deflated and some even quit. The following season, our town hired a highly-qualified coach. This man came in and turned his new team around seemingly overnight. The essay went onto say that the coach pushed them beyond their self perceived limitations and required their best on and off the field. He yelled, he joked and he smiled but always made it clear that he expected full effort whenever they were in his presence. This example leaked into every area of my sons life. He began to hold himself to the same high standard this coach had required. Their team bonded and shared an everlasting friendship like no other. Within two seasons that team made it to the playoffs for the first time. Together they celebrated their accomplishments and truly learned from their failures.

My middle son is a hockey goalie. I’ve watched him stand in that net with numerous teams and have truly been in awe of his courage at times. Often, he doesn’t know a soul but stands there anyway. He has let that puck go in more times than I like to remember and not one time has he blamed a teammate. Not once. He holds himself responsible and has complete composure on the ice, conversely I have been known to unravel just watching. My son is self disciplined and makes difficult decisions socially at times, so that he’ll be the best for his team. He has made some incredible saves and won many times, but always thanks his teammates and fully understands his role is no more important than theirs. They all need each other.

My youngest has only just begun and I can see the benefits already. The camaraderie he felt on his very first soccer team was electric. He hustled like this was The World Cup every Saturday, and he literally jumped for joy when his teammates would score.

He has learned to ice skate after falling on the ice so many times it hurt to watch but just kept getting back up. His determination and humility has grown each week along with his self confidence while he’s learned to master his  own body.

The benefits of youth sports has remained consistent. I think it’s the expectations on our children that has changed dramatically over the last twenty years. If we sign them up knowing that this is their pastime that they’ve chosen for fun, we can’t go wrong. The natural lessons will unfold as they grow and our children will bring these experiences well into adulthood.

One thought on “The Truth About Youth Sports”