Are you feeling nausea during your pregnancy? If so, I feel your pain. It has been over ten years since I was pregnant, but I still remember that awful queasy feeling. During my first pregnancy with twins, I experienced morning sickness all day. In fact, I felt the most sick at night time. During my second pregnancy with a single baby, I thought I would feel better especially since I knew what to expect and I was only having one baby. But it was worse, much worse. Chasing after toddler twins only left me feeling more nausea. Both pregnancies I had morning sickness until I reached my sixth month of pregnancy. 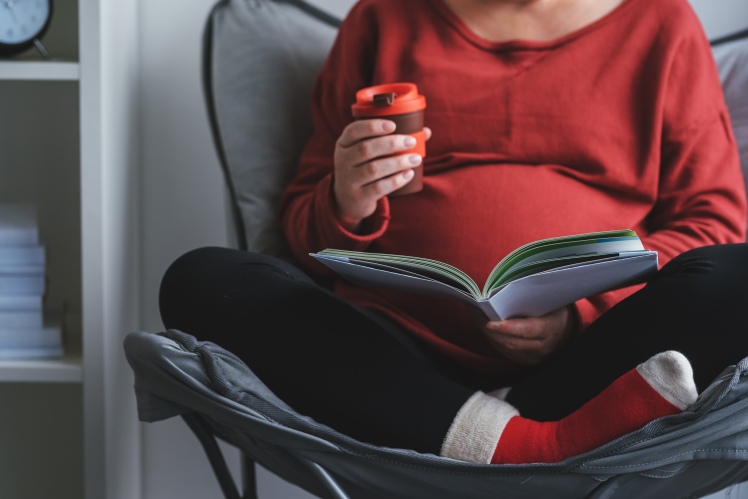 According to biologist Margie Profet morning sickness is an evolutionary adaptation, which defends a fetus from natural contaminants. Studies have shown that women who experience morning sickness are less likely to miscarry.

The American Pregnancy Association found that most women experience morning sickness from the 6th week to the 12th week. More than 50% of pregnant women have some form of nausea due to the increase in the pregnancy hormone human chorionic gonadotropin (HCG).

Nothing I did cured my morning sickness but these remedies helped me to feel better even if only for a short while. Before you try any of these methods you should discuss it with your doctor.

Eat When You First Wake Up

I always had a box of crackers on my nightstand. Before I got out of bed I would eat a few crackers. An empty stomach can increase nausea due to the stomach acid, so eating even a few crackers will help decrease the feeling. It also helps throughout the day to eat small snacks to make sure your stomach is never empty.

Lemon is an alkaline that reduces irritation in your stomach. Some people also find the smell of lemons reduces nausea. I don’t like lemonade but I was willing to try anything and I did notice some relief after drinking it.

Ginger is a spice that has a calming effect on your stomach since it promotes the secretion of digestive enzymes that help neutralize stomach acid. It also contains phenols that relax stomach muscles. You can sprinkle it on your food or try drinking Ginger Ale but make sure its states, “made with real ginger” on the bottle. Ginger candy or capsules are also available.

For me, chewing gum was the most effective method in helping me to feel better, especially since I could chew gum all day long (whereas I couldn’t drink lemonade all day). Similar to ginger, chewing gum causes you to produce extra saliva which neutralizes stomach acidity. Peppermint or spearmint gum will aide nausea symptoms since it contains menthol which has an antispasmodic effect relieving indigestion.

It may be difficult to lie down, especially if you are caring for other children or you are at work but sometimes it is the only way to feel better. I found motion (as simple as walking) could cause my morning sickness to get worse so lying down would help settle my stomach. Deep breathing while lying down can calm both your mind and abdomen.

A study by Dr. Jennifer Niebyl found that taking a 25 mg of B-6 three times a day helped women cope with morning sickness.  I used this vitamin which helped me to feel better.

When will I feel better?

Even if you have morning sickness during your entire pregnancy, once the baby is born it will all be forgotten and worth all the suffering. Until of course someone mentions their morning sickness and you can’t help but feel a little queasy yourself.

One thought on “How to Combat Morning Sickness”