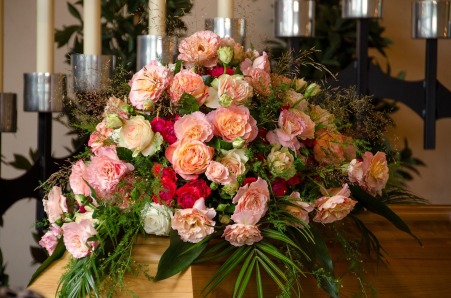 We recently had a family member pass away. I was unsure of the best way to tell my 7-year-old about the events.

At first, I thought I would be honest and just tell him outright about everything. I figured I’d expose him to this part of life that is very real and common and try to face it head on. I thought maybe we could grieve together, that he would understand why I was upset, and he would know that it was okay and normal for him to feel sad. I thought he could go to the services and say goodbye; and I thought, maybe if he’s exposed now it won’t be as earth shattering when another death occurs later on in life.

Then I broke the news.

He looked kind of confused and asked what happens to a person when they die. I tried to be honest but it was so much harder than I thought. It’s not like he didn’t know what dying was. Every Disney movie usually has some sort of death so we had already had the discussion of not being able to see someone again if they die.

I asked if he wanted to attend the services

I had initially intended to bring him because it was a close family member, but his answer was that he didn’t want to go. I explained the typical procedure of the events with most details and asked him about his feelings towards it. His main concern was he didn’t want to see or go near a dead body. He was afraid. The feeling of fear hadn’t crossed my mind because I was so overwhelmed with sadness; and I have been to two wakes previously, so I knew what to expect. I didn’t want to force him. I made him aware and gave him a choice, and I realized in talking to him that closure wasn’t really necessary for him to grieve and move on.

I am so glad I asked him instead of making the decision for him.

I could have caused some potential damage by forcing him to go to this event that he was not ready for and he looked visibly uncomfortable with when I mentioned the idea. I’m glad I gave him the choice so he could feel included and aware, and I would have known if closure was something he wanted or if he wanted to see the body for confirmation. It also gave us the opportunity to not have to hide our sadness about the situation because he was aware and if he needed a hug too, we were there.

Every child is different.

Some children might be sad; some might be curious; some, like mine, might be scared. Children also have different maturity levels to take into account, as well. What works for one might not work for the other. There is no right or wrong way to approach things if it works for your family. I think asking your child how they feel about the situation will give you the answer on how to proceed once you’ve broken the news.