Last week we were watching the news and saw that a 34-year-old woman drove 300 miles from Connecticut with her 13-month-old daughter in the car all the way to Washington DC. According to the news, she had anxiety disorders in the past and thought the President had her placed on lockdown. She thought she had to go to Washington to see the President, so she strapped her daughter in the car and off she went. Her boyfriend had mentioned she was suffering from delusions and possibly mental illness. The whole incident ended with a car chase, forcing officers to draw guns, which ended her life.

Did her life have to end so soon? Were there signs of mental illness beforehand? Did she try to reach out to doctors and medical professionals? How many women suffer in silence, especially postpartum, because they feel like they can work through it or it will go away? How many women suffer from postpartum depression but still try to carry on with their day-to-day tasks? I raise the question: Did Miriam Carey, the mother of a young daughter, have to die at such at young age?

According to Mayo Clinic, postpartum depression is a moderate to severe depression in a woman after she has given birth. It may occur soon after delivery or up to a year later. Most of the time, it occurs within the first 3 months after delivery. Many women tend to suffer postpartum right after giving birth or later. Antidepressants, counseling and hormone therapy are usually prescribed. Many factors can increase risk, such as a history of depression, stressful events, a weak support system, if the pregnancy was unplanned or unwanted. 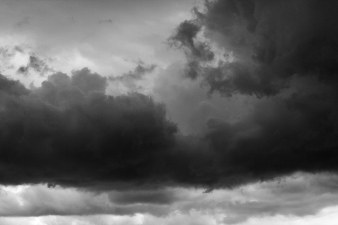 I ask the question: Did Miriam Carey have a strong support system? It was reported that she was a dental hygienist who fell on the job and hurt her head. She then found out she was pregnant and did not return to work. And, she may have had postpartum depression.

I experienced postpartum right after I had my son. I felt like everything was closing in on me and I had so much anxiety. I was trying to be a wife and a mother, while absorbing all the joys of motherhood. However, the whole baby experience was overwhelming for me, when it should have been a time of joy. I still carried on, but it was so hard to not tell my husband what I was experiencing for the fear of feeling weak. I felt like I missed out of 6 months of my son’s life. Trying to explain it to my mother was difficult, as she told me to snap out of it. But how could I?

As I think back to that dark time in my life, I think about Miriam Carey. I didn’t know her, but based on photos she appeared to be a happy, easygoing person who seemed to love being a mother. Did she have enough support? According to her sisters, she was not experiencing any hallucinations as stated by news reports. During their interview on CNN they stated that they felt their sister did not have what she needed to endure all that she went through.

Postpartum is real and it’s okay to ask for help. It’s okay to reach out for support, counseling and treatment. I think that, as women, we don’t want to ask for help because when our mothers were raising their families, they dealt with the cards they were handed and there was no time to be depressed.

We may know a Miriam Carey. She’s in the workplace, she’s a housewife, and she’s a woman in corporate America. As the saying goes, it takes a village to raise a child. We have all come across single women who are trying to be both parents in their household, work a full time job or more than one job, going to school and pay bills. I’m asking that each of us take the time to offer assistance to women who may have a lot of their plate, whether it is helping out with their kids, offering to cook a meal, or to invite them to a girls day or night out. Interaction with others is key to helping you have adult conversations and interactions that you may not think you have time for.

Do I justify Miriam Carey’s actions? No, but I am more cognizant of women who may be experiencing depression, who may need a hand. When I think back to my own experience with depression, I realize that I didn’t reach out because I felt ashamed.

As a community, how can we promote the signs of postpartum depression? How can we prevent future incidents?