Most of the time, when I’m out in public by myself with all three of my kids, I get a lot of comments. I know that to some people having a 4-year-old and 2-year-old twins seems crazy. A lot of times people say things like: 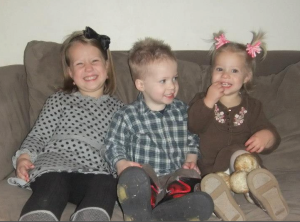 To be honest, having twins has been the best thing that could have happened to me. I know that having twins seems crazy and overwhelming, and it was for me, at first.

I, too, used to be one of those people who would say “I could never do that.” But you know what? That was not something I got to decide. Sure, when my husband and I went ahead with fertility meds we knew there was a 5% chance we would have twins. But 5% seemed like nothing. Life has a funny way of making other plans for you. We were thankful when we found out I was pregnant with not only one, but two little babies.

At first, I was excited and anxious. We had a 1.5 year old at home, and life already seemed pretty hectic. But everything changed when I delivered the twins at 35 weeks. They both ended up in the Special Care Nursery for nine days. I know that when it comes to preemies and NICU stays, nine days is nothing. But as the Mom to those little babies, nine days seemed like an eternity. I spent those days glued to their little incubators, and in those moments I became a changed person. While sitting there, every other little thing I had ever worried about in my life seemed so silly and pointless. I realized that having my kids at home with me is all that mattered. Money, time, grades, weight loss… none of that mattered. 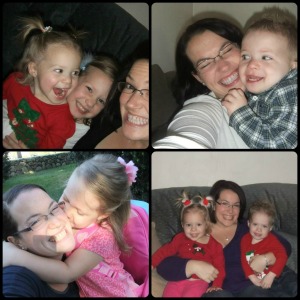 Ever since that moment I’ve become a better person. I no longer worry about the little things. Yes, life with a 4-yearold and two 2-year-olds can be chaotic, but it’s also amazing. I now know to let those little things go; a clean house and folded laundry just does not compare to having three healthy kids.

So, when asked “how do you do it?” My response is always “Just go with the flow.” I can’t over-plan my life. Yes, plans change, houses get messy, and dinner burns. But, in the end, does that really matter? To me it just doesn’t.

My first daughter made me a Mom, but my twins changed me for the better. I’d like to think that now that I’ve let those little things go, I’m a better Mother, Wife, and altogether a better person.

So, if you see me out at the mall and one kid is crying, the other is having a temper tantrum, while the third is running in the opposite direction, I may seem crazy just laughing it all off. But to me, those are just little things. I’m just going with the flow and loving every moment of it.

7 thoughts on “Going With The Flow”