My husband and I started a tradition back in 2001. At the time, we didn’t even know we were starting one. It was our first Christmas together and we were seniors in high school. We decided to buy our first ornament together.  A year later, when Christmas time rolled around, we decided to buy another ornament together and a tradition was born. As you can imagine, we’ve accumulated a lot of ornaments over time. 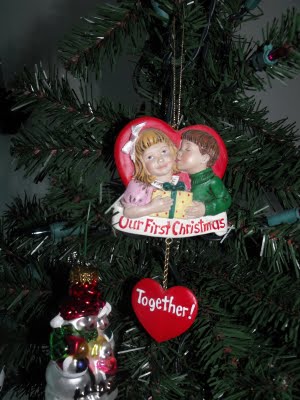 Originally, we just picked out cute ornaments that we liked.  Then, we decided our ornaments should represent the year. As much as I like to think I have a good memory, I like to write the year on the back on the ornaments, and sometimes I write a quick little blurb to remind myself why I got that ornament.  Each year opening up the ornament boxes is like taking a walk down memory lane.

No matter how much time passes, the ornament my husband and I picked out in 2009, still brings up many emotions.  We had spent all of 2009 hoping for another baby with no luck. We had no idea what to get for an ornament that year, so we searched high and low all season long. Finally, during the week of Christmas, I stumbled on this Hope ornament in Kohl’s and knew it was the one. Little did we know that two short months later, we would find out we would be blessed with not one but two more babies. Every year taking that ornament out fills me with so much happiness. 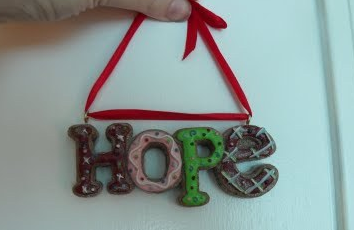 Some years we buy the kids more than one ornament each. For instance, this year we bought Grace a cheerleading and a karate ornament because she started both activities this year. I let each kid put their own ornaments on the tree and they love doing this.

The kids all love hearing the stories behind each ornament. I’m really glad we accidentally started this tradition!