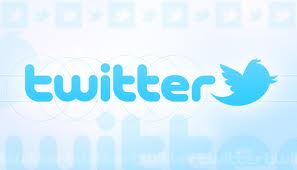 Do you tweet?  If not, then let’s make it a second half of 2012 resolution!  I promise you won’t be disappointed!  As much as love Facebook, I have a fascination with Twitter and how immediate, up-close, and personal the site allows people to be with each other.  Want to give feedback to a famous appliance about the new stove you purchased?  Tweet to them; they will respond!  Love a certain celebrity who just had a baby?  Tweet to her; she might just respond, too!  Want a way to interact people who you’d normally not have access to?  Tweet, tweet!  It totally works.

Twitter can be a little intimidating to the novice.  The more you use it, the better you’ll become at the ins and outs of Twitter.  Here’s a little guide to get started:

Hopefully that little guide gives you enough information to get started on Twitter.  Set up an account and find me!  I am @jessicadiramio!   Tweet you later!!