Okay, I’m breaking one of my rules and talking about boobs … sorry guys!  Guess those lines-not-to-be-crossed I talked about in my last entry are more fluid than I thought…

Last week marked the end of an era in my house – it was the end of breastfeeding my youngest son.  This entry is not about whether breast is best or how long to breastfeed for, or any of the many things about breastfeeding that moms can argue or compete about.  It’s simply about what worked in our house at this time.

Before giving birth to Eamon, I was fairly confident that we should be able to breastfeed fairly easily.  With my older son, we were able to establish a great breastfeeding relationship fairly quickly, despite some early setbacks that included a three day stay in the Special Care Nursery.  Once I was allowed to start breastfeeding him, things fell into place fairly quickly, and I was able to nurse Finn until he was 13 months old.

From the start Eamon was much more of a breastfeeding challenge than Finn was.  He only wanted to be held certain ways when nursing, he fussed more, he nursed more often, he woke up to nurse more often…it just seemed like much more of a challenge, which was a surprise when it had only been six months since Finn had stopped breastfeeding.  Still, with some persistence, and patience, my breastfeeding relationship with Eamon improved.

I was never militant about breasfeeding, with either of the boys.  They both got formula, and bottles, fairly early.  Although I tried to give them both breastmilk as much as possible, either via bottle or “straight from the source,” it wasn’t always the best option for the situation.  I always felt that, so long as they boys got fed, that was the most important thing.

At around 6 months, feeding Eamon turned into even more of a challenge than it had previously been.  He was constantly distracted, and it never seemed he was eating enough.  His six month checkup reinforced my suspicions and showed that his weight gain had slowed considerably.  All the same, we kept at it, and were able to get his weight going up again.  Breastfeeding was still much more difficult with Eamon than it ever was with Finn, though.  With Finn, I always had more than enough frozen breast milk – with Eamon, I could barely keep up with his day-to-day needs.

A few weeks ago, Eamon showed that he once again wasn’t gaining as much weight as he should, and I wasn’t able to pump enough to keep up with his daily needs.  I went back and forth as to what would be best for him – I know the nutritional and immunological benefits of breast milk, but the stress it was putting on both of us, as well as not really knowing if he was getting enough to eat seemed like the most important factors, and I made the very difficult (for me) decision to stop breastfeeding. 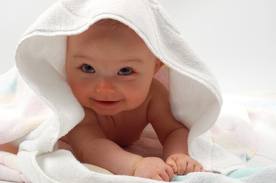 So Eamon nursed one last time, and I cried.  And then, we moved on.  Eamon is sleeping better, and although not officially weighed yet, looks and feels quite a bit heavier.  Feeding times are happier and easier on everyone.  And, I gotta tell you guys, I am really looking forward to taking a shopping trip soon where I will purchase my first non-nursing bra in two and a half years!

I feel that the choice to breastfeed is a very personal one, and is just that – a choice.  But, if you feel you do want to breastfeed, there are some things you can do to prepare.  I definitely recommend taking a breastfeeding class during your pregnancy, and if your partner is going to be involved, (s)he should attend with you – I know Signature Healthcare offers some great options.  At those bleary-eyed 3 a.m. feedings, it can be helpful to have another person around who may remember some of the tips that you don’t.  If the hospital where you give birth offers the services of a lactation consultant, take advantage of it!  And finally, most importantly, remember that the most important thing is that the baby gets fed, whether it’s breastmilk or formula is just a minor detail.