My sons, Blackbeard and Captain Hook, are obsessed with pirates.  They make their little sister walk the plank when she’s done something naughty.  They bring their foam swords everywhere (even to bed).  I’m not allowed to call them by their real names, only “Blackbeard” and “Captain Hook.”  They have already asked that their 4th birthday party be a Pirate Party (which I’m really actually excited about planning even though it’s still 4 months away).

The other day I had a few empty boxes lying around and we decided to build cardboard pirate ships.  We rummaged around the house trying to find supplies to turn into their ships.  We ended up with some fabric and burlap, popsicle sticks, paper bags, stickers, and glue.  The most fun was to watch their imaginations come wild while they assembled their ships. 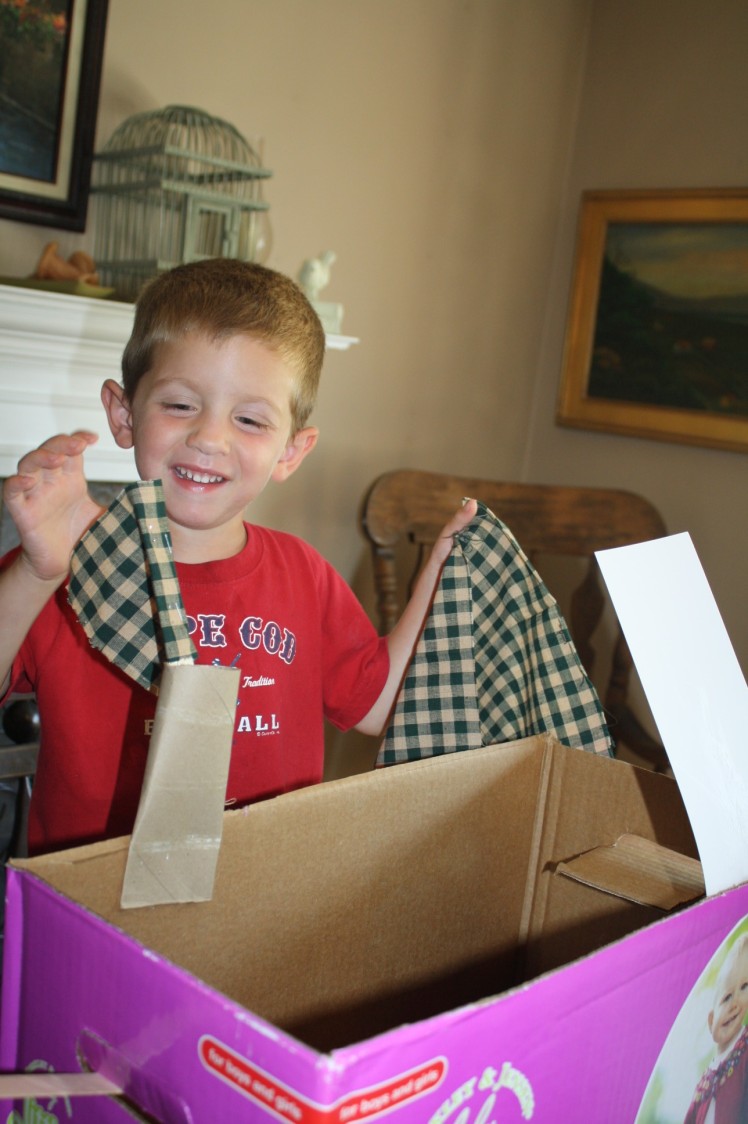 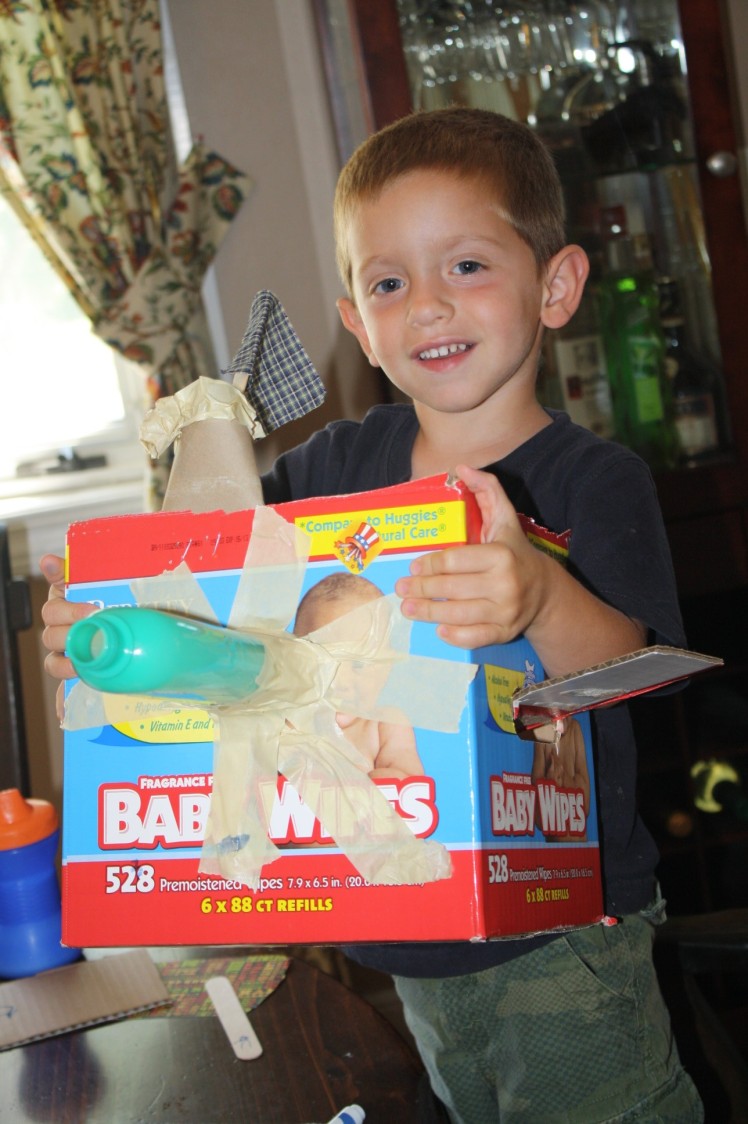 They asked me to make pirates and this was the best I could do! 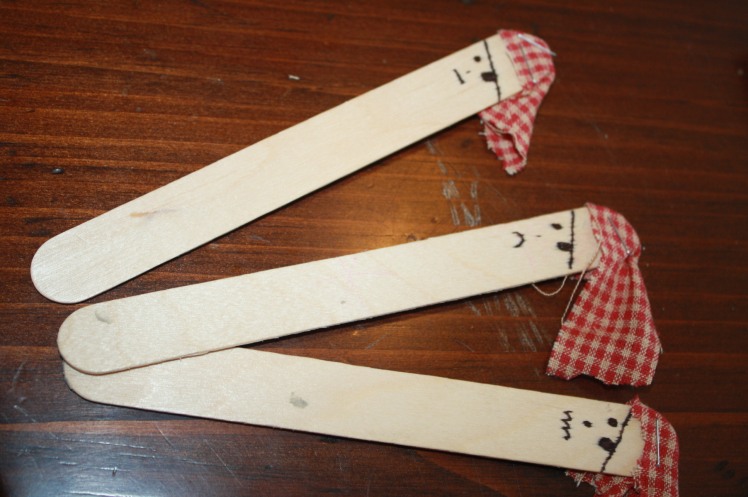 Blackbeard thought it was necessary to tuck his pirates into bed.  Pillaging can really make a guy sleepy.

Of course, the project wasn’t without a temper tantrum when my daughter noticed that her empty hair detangler bottle was being used as a cannon.

But all in all they had a great time and I’m sure it will be something we do several times again in the future.  We’re already coming up with ideas for doll houses, tree forts, and spaceships to try out soon.